Every year the EPRD annual report is eagerly awaited. It was presented online on 24.10.2020 and reflects the operating year 2019. Read the most important facts about hip endoprosthetics below.

In addition to many interesting findings provided by the register, we at ARTIQO can look back on a very low failure rate for the cementless fitting of the A2® short stem in the third year of use. In combination with the ANA.NOVA® Alpha or ANA.NOVA® Hybrid cup, the A2® Short stem with a failure rate of 1.9% in the third year occupies one of the leading positions among cementless hip stem implants and especially among short stems. 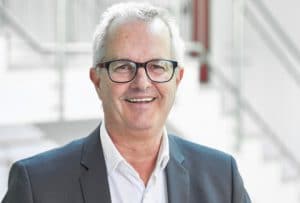 “On 24.10.2020 it was time again. The EPRD report, which is becoming increasingly important for us and our industry, was published. Also this year the A2® Short Stem again takes a top position. And this despite the fact that significantly more houses with a lower implantation frequency have now discovered the stem for themselves. In combination with the ANA.NOVA Hybrid and ANA.NOVA Alpha acetabular cup, the A2® stem is one of the top performers in this segment. >em>so Joachim Geßner, Management/Sales of ARTIQO.

“At this point we would like to thank all our users, because without their excellent work this result would not be possible.”

In addition to the evaluation of the service life of endoprosthetic knee and hip fittings, other factors such as the frequency of implantations per clinic, age, gender, general condition and now also the patient’s BMI were included in the statistical evaluation. There is a clear correlation for the following criteria:

factor body weight. Although the BMI has only been recorded in the EPRD since 2017, it is already very clear that the risk of a new operation increases with increasing BMI, particularly in the case of hip fittings.

Number of operations per clinic

The frequency with which joint replacement operations are performed in a hospital influences the risk of a replacement operation in all forms of care. However, a detailed analysis of the EPRD data shows that there is a wide variation between hospitals and that a high number of cases does not always mean a lower risk for subsequent replacement surgery.

Size and material of the femoral heads

Hip endoprostheses, especially in male patients, show advantages in the early phase when using larger femoral heads (36 instead of 32 head size), which is most likely due to a lower luxation rate. With regard to the choice of material for the head and insert component, the fewest failures over time are observed with ceramic/ceramic sliding pairings, although in a significantly younger patient population.

According to the EPRD, the use of cement-free short stem prostheses continues to increase. In 2019, 10.4% of total hip endoprostheses were documented to have a short stem, in absolute numbers: In 2019, 22,275 documented fittings with a short stem prosthesis were performed. In 2015 their share was still only 6.6%. Even in the fifth year of follow-up, they still show low failure rates compared to standard sheaths (average 2.5% to 3.2% in the third year) in relation to a comparative collective of patients under 70 years of age.

A2® Short Stem from ARTIQO

We are pleased to be on the right track in terms of patient safety with the A2® Short Stem we developed in combination with the ANA.NOVA® Alpha cup or the ANA.NOVA® Hybrid cup with a value of 1.9% in the third year and see this as a confirmation of our work.

Conclusion: Cementless short stems are an excellent option for the implantation of total hip endoprostheses. This is shown by the current data of the EPRD Annual Report 2020. In the top group of all cementless fittings with a very low probability of failure is the fitting with the A2® short stem from ARTIQO in combination with the ANA.NOVA® Alpha or ANA.NOVA® Hybrid cup. This year, we now have data on documented failures for the third year. The value of 1.9 gives us the confidence to offer an excellent solution for patients for whom a short stem prosthesis is an option with the A2® Short Stem prosthesis.

More information about the A2® Short Stem can be found here.

Thus, the EPRD is currently one of the registers with the highest annual registration figures worldwide and is one of the largest registers worldwide in terms of case numbers. As an independent national register, the EPRD aims to improve the quality of hip and knee fittings. An obligatory register is in progress.
(Source: www.eprd.de)